Página 131
During the next few hours a horrific flotsam , borne gently on the swell , drifted
across their bows : whole masts with the rigging trailing , yards , spars , tattered
sails , casks , pieces of boats , ships stores , tackle of every description — and ...
Página 404
A feeling of exuberance ran through the ship's company . This clean and
beautiful destroyer , which a few days ago had still been filled with the workmen
of Vickers yard at Barrow , was now our new home . Most of the ship's company
were as ...
Página 405
The new ship throbbed under the fresh power of the engines , and then settled
down with her stern low in the sea , trailing half a mile of creaming foam . The first
lieutenant mustered the men and told them of the orders that had come through ... 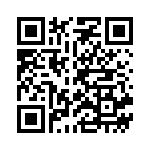