_Conjure Wife_ was a bit dated, but still fun. Have not read _Our Lady of Darkness_ yet. Leer comentario completo

I've always wanted to read "Conjure Wife" as I'm a huge fan of the British film adaptation "Night of the Eagle", and although I already own a copy of "Our Lady of Darkness" I snapped this up ... Leer comentario completo

Fritz Leiber, who died in 1992, was one of the most important SF and fantasy writers of the century. The Big Time is his most famous SF novel. "[His] awards for fantasy included the 1975 Grand Master of Fantasy Award, the 1976 World Fantasy Award for Life Achievement, the 1981 Grand Master Award from the Science Fiction Writers of America, 6 Hugos, 4 Nebulas, and about 20 other awards. 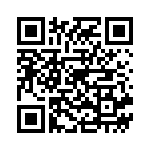