Página 141
The words poor fool , are undoubtedly expreflive of endearment ; and
Shakespeare in another place , speaking of a dying animal , calls it poor dappled
fool ; but it never is , nor never can be used with any degree of propriety , but to ...
Página 150
Fortune , she said , was no goddess , that had put such difference betwixt their
two eftates ; Love , no god , that would not extend his might , only where qualities
were level ; Diana , no queen of virgins , that would suffer her poor knight to be ...
Página 353
But yesterday the word of Cćsar might Have stood against the world : now lies
he there , And none so poor to do him reverence , Julius Cćfär , A. 3 , S. 2 . I ask ,
that I might waken reverence , And bid the cheek be ready with a blush , Modest ... 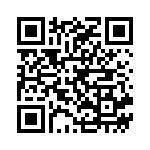