M. DANIEL FARB, M.D., CEO of UniversityOfHealthCare and UniversityOfBusiness, is a leader in the field of interactive management and healthcare e-learning. He received a BA in English Literature from Yale (where he set an academic record and studied with writers like Robert Penn Warren), an M.D. from Boston University, a degree in Executive Management from the Anderson School of Business at UCLA, and is currently working on a degree at UCLA in International Trade. He is a practicing ophthalmologist. He also has received two patents in ophthalmology and is working on others, has worked with the World Health Organization in Geneva and the National Institutes of Health in Washington, D.C. He has written scientific and popular articles, and has worked as a newspaper reporter. He helped Dr. Robbins edit one of the editions of Robbins' "Pathology" textbook for readability. He wrote an article on humor for the Massachusetts Review. He has experience in theater and television, including acting, directing, and stage-managing. He has programmed his own patient records database. He has written and edited hundreds of e-learning courses. Dr. Farb is a member of the American Academy of Ophthalmology, the Union of American Physicians and Dentists, the AOJS, the American Association of Physicians and Surgeons, the American Society for Training and Development (ASTD), the E-Learning Forum, the Southern California Biomedical Council, the PDA (Parenteral Drug Association), and the Medical Marketing Association. 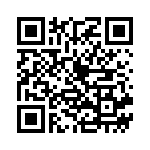