Página 738
BLOCK ISLAND . By Samuel W. Mendum . island , though ninety years before , in 1524 , the French navigator Verrazano sailed around it and recorded its shape as triangular and the island as " full of hills and covered with trees .
Página 740
Soon after Oldham's they prove the former existence of an death , the island was subjugated by extensive barrier along the continental Colonel Endicott , under authority border between them and the Atlantic from Massachusetts , as a ...
Página 747
they were obliged to haul them up on the town of New Shoreham , which is shore , all the fishermen becoming , for Block Island's corporate name , aggrethe time , a co - operative association for gating $ 40,000 , to which was added the ... 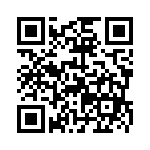