Witness to America: an illustrated documentary history of the United States from the Revolution to today

Ambrose and Brinkley, both of the Eisenhower Center for American Studies of the University of New Orleans, present a collection of nearly 170 primary historical documents paired with roughly 120 black ... Leer comentario completo

Historian Stephen E. Ambrose grew up in Wisconsin and attended the University of Wisconsin and the University of Louisiana. Ambrose is considered to be one of the foremost historical scholars of recent times and has been a professor for over three decades. He is also the founder and president of the National D-Day Museum in New Orleans. His works include D-Day: June 6, 1944: The Climactic Battle of World War II, Citizen Soldiers: The U. S. Army from Normandy Beaches to the Bulge to the Surrender of Germany, June 7, 1944-May 7, 1945, Band of Brothers: E Company, 506th Regiment, 101st Airborne from Normandy to Hitler's Eagle's Nest and Undaunted Courage: Meriwether Lewis, Thomas Jefferson and the Opening of the American West. Abrose served historical consultant on the motion picture Saving Private Ryan.

Douglas Brinkley is a professor of history at Rice University and a contributing editor to Vanity Fair. The Chicago Tribune has dubbed him "America's new past master." His most recent books are The Quiet World, The Wilderness Warrior, and The Great Deluge. Six of his books have been selected as New York Times Notable Books of the Year. He lives in Texas with his wife and three children. 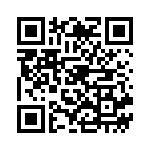