Michael Henry Heim was born in New York on January 21, 1943. He received an undergraduate degree from Columbia University and a doctorate in Slavic languages from Harvard University. He was fluent in Czech, French, German, Italian, Russian and Serbian/Croatian and possessed a reading knowledge of six more languages. He became a professor of Slavic languages at the University California at Los Angeles in 1972 and served as chairman of the Slavic languages department from 1999 to 2003. He was known for his translations of works by Gunter Grass, Milan Kundera, Thomas Mann and Anton Chekhov. He received numerous awards for his work including the Helen and Kurt Wolff Translator's Prize in 2005, the PEN/Ralph Manheim Medal for Translation in 2009, and the PEN Translation Prize in 2010. He died from complications of melanoma on September 29, 2012 at the age of 69. 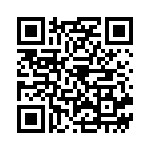