Página 326
Launce , Wm . | been lying in the house of the merchant to Mullings , John Palmer
, Nicholas Brimacoinbe , whom he had entrusted them , Richard Eastman ,
William Saunders , Charles “ and waited there till his next sending up the
Hatherley ...
Página 402
1 . Tho . Denman , Junr . ( Afterwards Lord Chief In every Country which the
French have entered Justice of England , then nineteen years they have burnt
and destroyed the Dwellings of the old . A . D . ) Inhabitants . 2 . Mr . John
Redford .
Página 515
a Narrative of Facts relating to the late There is a life of John Cawood , Queen ' s
Commotions and Rising of the Weavers in Printer temp . Philip and Mary , in the '
Dicthe County of Gloucester , ' 1757 , and Exell ' s tionary of National Biography ... 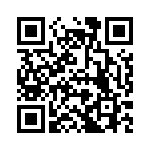