I was so glad this book was available. This price was right and if you are like me you know philosophy books run out of print and are not reprinted. Leer comentario completo

This book is very good and contains easy to understand explanations about the philosophies of the great philosophers. I really learned a lot from this book. Highly recommended Leer comentario completo

T.Z. Lavine is currently Elton Professor of Philosophy at George Washington University. Professor Lavine received a Ph.D. from Harvard University and has received, among other awards, the Josiah Royce Fellow in Philosophy and a research fellowship in philosophy (Harvard). The author of numerous articles and books, Professor Lavine wrote and presented From Socrates to Sartre as a television series for the Maryland Center for Public Broadcasting, a series which is now included in the curriculum of the National University Consortium. 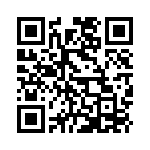