Página 50
Administrative , territorial , and economic reforms paralleled religious reforms .
The Bourbons were concerned and suspicious of Church power . Their objective
was to reassert royal control , while reducing the Church ' s economic , social ...
Página 52
This budding nationalism increased , as more Spaniards were sent to the colony
to implement the Bourbon reforms and as prosperity attracted greater numbers of
immigrants to Mexico . The administrative reforms that protected the colony ...
Página 225
See Reform period Reformation period ( European ) , 32 Reform period aftermath
of war of , 87 – 88 consequences of land reforms of , 83 Constitution of 1857 of ,
84 failure of policies of , 86 ideology of , 82 . . war of , 85 Regidores , 35 – 36 ... 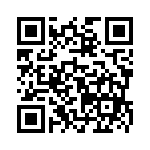