Página 57
George Stocker and two of his prisoner in the Tower , the prison authorfriends ,
Robert Bellamy and Thomas Heath ities , to gain information , mixed with the
were arrested on suspicion of complicity in prisoners two notorious spies , Topcliff
...
Página 369
Cavan . . . . this week , and Stebbing had three days holiday , George Keon . He
married Jane Kelly , the exchange is not against you for the present , otherwise
Sankey ( widow of George Kelly , and if I do , as I hope to do , a fair score yet on ...
Página 451
s repealed by 31 George II . c . 29 and the acts reformation of the coinage and
Richard I . ' s then in force with reference to the assize of assize of measures . In
later reissues the various sorts of bread were distinguished , and the relation tion
... 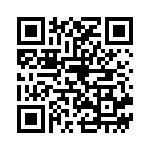