Página 28
Bolívar strove for the unity and mutual defense of the new republics , goals to
which were added , a short time later , the liberation of Cuba and Puerto Rico .
The United States , on the other hand , was interested solely in keeping Europe ...
Página 147
-The right to political , economic , and social liberation . -The duty to come to the
aid of all peoples “ involved in a national liberation struggle , or suffering
imperialist aggression , anywhere in the world . " -The right to oppose imperialist
violence ...
Página 183
The Latin - American revolution is closely tied to the freedom movements of the
peoples of Asia , Africa , of the labor movement of the capitalist countries , of the
Negro people of the United States , and of all men who fight for the liberation of
the ... 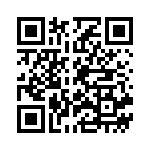