Página 330
But it is only reasonable to suppose that abundance of time will be taken for
mature consideration , and that members of Congress will be glad to ... and in
time of war as in time of peace shall enjoy complete immunity from TEXT OF THE
HAY - PAUNCEFOTE TREATY . ... United States , John Hay , Secretary of State of
the United States of America , attack or injury by belligerents and from acts
calculated to.

Página 55 - Nothing contained in this convention shall be so construed as to require the United States of America to depart from its traditional policy of not intruding upon, interfering with, or entangling itself in the political questions of policy or internal administration of any foreign state; nor shall anything contained in the said convention be construed to imply a relinquishment by the United States of America of its traditional attitude toward purely American questions.
Aparece en 432 libros desde 1821-2006
Página 332 - ... any other practicable communications, whether by canal or railway, across the isthmus which connects North and South America, and especially to the interoceanic communications, should the same prove to be practicable, whether by canal or railway, which are now proposed to be established by the way of Tehuantepec or Panama.
Aparece en 207 libros desde 1758-2007
Más
Página 443 - Bills of attainder, ex post facto laws, and laws impairing the obligation of contracts, are contrary to the first principles of the social compact, and to every principle of sound legislation. The two former are expressly prohibited by the declarations prefixed to some of the State Constitutions, and all of them are prohibited by the spirit and scope of these fundamental charters. Our...
Aparece en 114 libros desde 1802-2007
Página 330 - Canal, that is to say: 1. The canal shall be free and open to the vessels of commerce and of war of all nations...
Aparece en 465 libros desde 1870-2007
Página 437 - ... in the absence of actual fraud in the transaction, the judgment of the directors as to the value of the property purchased shall be conclusive...
Aparece en 152 libros desde 1830-1975
Página 331 - V. The contracting parties further engage that, when the said canal shall have been completed, they will protect it from interruption, seizure, or unjust confiscation, and that they will guarantee the neutrality thereof, so that the said canal for ever will be open and free, and the capital invested therein, secure.
Aparece en 118 libros desde 1758-2006
Página 331 - In faith whereof, we, the respective Plenipotentiaries, have signed this treaty and have hereunto affixed our seals. Done in duplicate at Washington the eighth day of May, in the year of our Lord one thousand eight hundred and seventy-one.
Aparece en 353 libros desde 1842-2007
Página 110 - How eager all the Earth is for the blow Which shall lay bare her bosom to the sword ; How all the nations deem her their worst foe, That worse than worst of foes, the once adored False friend, who held out Freedom to Mankind, And now would chain them — to the very mind...
Aparece en 68 libros desde 1823-2007
Página 330 - Vessels of war of a belligerent shall not revictual nor take any stores in the canal except so far as may be strictly necessary; and the transit of such vessels through the canal shall be effected with the least possible delay...
Aparece en 126 libros desde 1827-2007
Página 323 - Senate having under consideration the bill to promote the commerce and increase the foreign trade of the United States and to provide auxiliary cruisers, transports, and seamen for government use when necessary.] MK.
Aparece en 41 libros desde 1886-2008
Menos 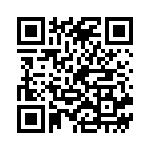