Pretty good. A different sort of story, for a YA novel, which was a nice change of pace. Not overly romantic, or melodramatic, and not set in any kind of dystopian/futuristic/dysfunctional society ... Leer comentario completo

Most of us have experienced some time in our lives when we wished we could change our families. A brief moment in which they would either disappear or magically change overnight. It is often the ... Leer comentario completo

Judith Clarke was born in Sydney and educated at the University of New South Wales and the Australian National University in Canberra.  She has worked as a teacher and librarian, and in Adult Education in Victoria and New South Wales. She now lives in Melbourne.

A major force in YA fiction both in Australia and internationally, Judith Clarke's novels include the multi-award-winning Wolf on the Fold, as well as Friend of my Heart, Night Train, Starry Nights, and the very popular and funny Al Capsella series. She is unsurpassed in her ability to convey complex emotional states with acute understanding and compassion. Her most recent novel, Kalpana's Dream, was recently named an Honor Book in the prestigious Boston Globe/Horn Book Awards. 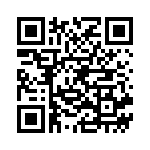