KRISTEN E. KVAM teaches at the Saint Paul School of Theology in Kansas City.
LINDA S. SCHEARING is a professor in the Religious Studies department at Gonzaga University in Spokane, WA.
VALARIE H. ZIEGLER is a professor in the department of Religious Studies at DePauw University in Greencastle, IN. She is author of The Advocates of Peace in Antebellum America. 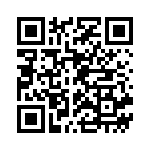