Pßgina 47
delighted in British parliamentary history and in later years was almost as often in
Paris or London as in Buenos Aires . MartÝn GarcÝa Merou , who was Roca ' s
personal secretary in 1885 and 1886 and later for many years ambassador to the
...
Pßgina 68
Nine years later the idea of an American confederation was again revived . In
1856 the Continental Treaty was signed by representatives of Chile , Peru , and
Ecuador , and later by Bolivia , Costa Rica , Nicaragua , Honduras , Mexico , and
...
Pßgina 98
And a little later a new note crept in , as on July 4 , 1884 , when Sud AmÚrica
published a friendly anniversary greeting to the United States in its editorial
column , but displayed a slight uneasiness by warning that , in the relations
between the ... 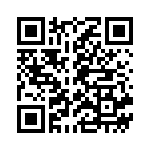