Página 34
They say unto the blind man again , What sayest thou of him , that he hath
opened thine eyes ? He said , He is a prophet . But the Jews did not believe
concerning him , that he had been blind , and received his sight , until they called
the ...
Página 35
The man answered and said unto them , Why herein is a marvellous thing , that
ye know not from whence he is , and yet he hath opened mine eyes . Now we
know that God heareth not sinners : but if any man be a worshipper of God , and ...
Página 202
And when he had opened the second seal , I heard the second beast say , Come
and see . And there went out another horse that was red : and power was given
to him that sat thereon to take peace from the earth , and that they should kill one
... 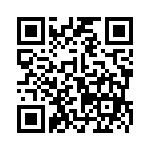