'The Mummy' is an amazing book because it's so much more than a description of how, why and when Ancient Egyptians preserved their dead. Look just through the contents and you'll be amazed at the range of material - as if Wallis Budge had emptied a sackful of knowledge for the learner to pick through. Because that's it's best use, a source book on Ancient Egypt - as long as you remember it's dated and some ideas rejected.
The first few pages introduce and include a list of the nomes (districts) in hieroglyphics and transcriptions. The pages on Egyptian chronology, as well as reviewing problems oof disagreement ammong both sources and scholars includes a useful list of rulers - although the real jewel here, following a good basic history, is a list of 2 of the 5 names available of Pharaohs (hieroglyphics & transcriptions); this is a must for any visitor to inscriptions in museums or Egypt itself. A clear history of the decipherment of hieroglyphics is followed by a useful list of hieroglyphs, useful that is for those looking at REAL inscriptions.Then the book gets into mummies IN DETAIL but beware as, for example when dealing with ushabti, Budge will throw at you a whole paragraph of (untranslated) hieroglyphics - after all, you did read everything before that, didn't you? Then anything and everything is on offer - stelae, coffins, draught-boards,the gods, graves, numbers ..... As I said above it is a book to dpp into and not to read from cover to cover. And that's why I give it 4 stars
PS It's by far the most USEFUL of my books on Ancient Egypt 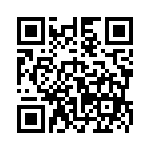