Página 115
so I started with only two platoons , less one section , and three head- quarters armored cars . I put Clark's car in front , a mess of peeps , my car , a few peeps , Sully , and then the rest of the first and third platoons .
Página 117
we are then since dawn had been on a recon- so I started with only two platoons , naissance mission ahead of the task less one section , and three headforce which had just taken Ludwigs- quarters armored cars .
Página 118
The MP turned back , started to direct traffic , realized that it was not a German , and turned back with his chin dropping to his chest . Sully placed a hand on each shoulder , spun him around , and started him directing traffic from ... 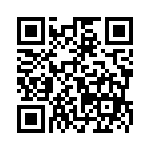