Página 11
At one of the first annual Ceremonials that I attended , John Kenneth Galbraith ,
one of the tallest men in town , presided . He called Raphael to the podium to
present the awards in the visual arts . Raphael took his place beside Mr .
Galbraith ...
Página 25
She has that rare combination of mind which is both creative and judicial at once
, flourishing what one critic has called a " luxuriant , spiky diction . ” In addition ,
she is originally from Louisiana and has more than a bit of that wild alligator.
Página 95
that somehow managed to play , studios for a variety of uses , guitars , several
TVs all playing on different stations , and a collection of Voulkos " pots ” , “ stacks
” , and “ buckets ” as he called them , and works by his friends . His world was ... 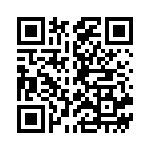