comprehensive history of cuba, if you feel like writing a history book... Leer comentario completo

Richard Gott achieves two useful things in this survey history. One is that he consistently illustrates how the impact of bad racial relations delayed the creation of a coherent Cuban society, and ... Leer comentario completo

Richard Gott, a British journalist and historian with many years' experience in Latin America, first visited Cuba in 1963 and has reported from the island many times since. He is the author of the classic work on post-Castro revolutionary movements, Guerrilla Movements in Latin America, and most recently of In the Shadow of the Liberator: Hugo Chavez and the Transformation of Venezuela. 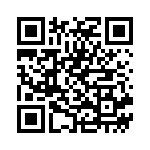