Pßgina 11
Today we shall induct ten new members into the Academy , and give awards to
those who by their endeavors in the arts have demonstrated contributing
achievement . This year these awards total over $ 700 , 000 . We shall also honor
with the ...
Pßgina 18
... by Robert Ryman Chairman of the Award Committee for Art Louis Auchincloss :
Fifty - six years ago , we began to give the Academy awards in Art , Literature ,
and Music , and in 1991 , an Academy award in Architecture was inaugurated .
Pßgina 68
He possessed the generosity of someone whose own creative house was in
order , who always had something left to give for the health and survival of the
musical culture . Generous , tough , raffish , sophisticated , elusive , earthy - in not
... 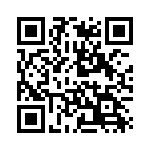