Peter Brandvold was born and raised in North Dakota and says he can't remember ever not wanting to be a writer. But before he became a noted writers of westerns, Brandvold became a teacher on an Indian reservation in Montana and, later, raised chickens, turkeys, ducks, and geese on a farm in Minnesota.

Brandvold's first novel was the critically-acclaimed Once a Marshall; other works quickly followed, including The Romantics and Once a Renegade. Brandvold, his wife, and their dogs live near Fort Collins, Colorado. 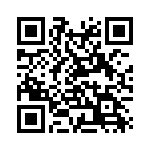