Instructive on many levels: Describes not only the impact of conflicts on library collections, but provides extremely informative backgrounds for those conflicts, so that we understand why the aggressors would target libraries as one means to achieve their political goals. Leer comentario completo

Excellent book on the history fo the destruction of libraries. Leer comentario completo

REBECCA KNUTH is Chair of the Library and Information Science Program at the University of Hawaii, where she is also Associate Professor. 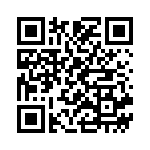