Página 26
Many in such circumstances , have felt a great spirit of envy , towards the godly ,
especially towards those who are thought to have been lately converted , and
most of all towards acquaintance and companions , when they are thought to be
...
Página 41
They have a little taste of the sweetness of divine grace , and the love of a
Saviour ; when terror and distress of conscience begin to be turned into an
humble , meek sense of their own unworthiness before God , There is felt ,
inwardly ...
Página 55
As she awaked on Monday morning , a little before day , she wondered within
herself at the easiness and calmness she felt in her mind , which was of that kind
she never felt before . As she thought of this , such words as these were in her ...
Página 58
But once , when she felt those longings , she thought with herself , If I long to die ,
why do I go to physicians ? Whence she concluded that her longings for death
were not well regulated . After this she often put it to herself , which she should ...
Página 85
Sometimes I felt the power of a hard heart , and supposed it must be softened
before Christ would accept of me ; and when I felt any meltings of heart , I hoped
now the work was almost done . Hence , when my distress still remained , I svas ...
Siguiente »

Página 338 - Forasmuch then as God gave them the like gift as he did unto us, who believed on the Lord Jesus Christ ; what was I, that I could withstand God? 18 When they heard these things, they held their peace, and glorified God, saying, Then hath God also to the Gentiles granted repentance unto life.
Aparece en 574 libros desde 1660-2008
Página 173 - I had fainted, unless I had believed to see the goodness of the Lord in the land of the living. Wait on the Lord: be of good courage, and he shall strengthen thine heart: wait, I say, on the Lord.
Aparece en 743 libros desde 1759-2008
Más
Página 236 - And as he prayed, the fashion of his countenance was altered, and his raiment was white and glistering. And behold there talked with him two men, which were Moses and Elias: who appeared in glory, and spake of his decease which he should accomplish at Jerusalem...
Aparece en 578 libros desde 1755-2008
Página 104 - Blessed is the man whose strength is in thee; in whose heart are the ways of them.
Aparece en 553 libros desde 1807-2007
Página 512 - I have commanded you, and lo ! I am with you alway, even to the end of the world.
Aparece en 875 libros desde 1701-2008
Página 512 - Now therefore go, and I will be with thy mouth, and teach thee what thou shalt say. And he said, O my Lord, send, I pray thee, by the hand of him whom thou wilt send.
Aparece en 462 libros desde 1799-2007
Página 257 - I will not leave you comfortless: I will come to you. 19 Yet a little while, and the world seeth me no more; but ye see me: because I live, ye shall live also.
Aparece en 221 libros desde 1804-2008
Página 353 - And how evident did it now appear that they received and felt them, "not as the word of man, but as the word of God!
Aparece en 165 libros desde 1689-2007
Página 201 - Who also hath made us able ministers of the new testament; not of the letter, but of the spirit: for the letter killeth, but the spirit giveth life.
Aparece en 585 libros desde 1584-2008
Página 40 - And He said, So is the kingdom of God, as if a man should cast seed into the ground; and should sleep, and rise night and day, and the seed should spring and grow up, he knoweth not how.
Aparece en 1436 libros desde 1735-2008
Menos

In 1716 Edwards was admitted to Yale at the remarkable age of thirteen. After he graduated in 1722, he spent four years there pursuing theological interests, teaching, and completing his master's degree. In 1727 ,Edwards complied with his grandfather's request and traveled to Northhampton, Massachusetts to be his assistant in his church. A committed scholar of John Calvin and the early Puritan theologians, as well as of the writings of John Locke and Isaac Newton, Edwards pursued a theology founded on two seemingly contradictory themes---a desire to return to the Calvinist tradition, as well as a desire to include the insights of contemporary Enlightenment philosophy. While Edwards's theological formulations were not completely developed until the 1750s, his lifetime pursuit of these ideas profoundly influenced the Puritan period of religious revival known as the Great Awakening. Though Edwards's provocative theology and sermons occasionally invoked fire and brimstone, as in the famous Sinners in the Hands of an Angry God (1741), his sermons generally moved parishioners to faith through the employment of positive imagery, as in God Glorified in Man's Dependence (1731). In spite of his successes during the Great Awakening, Edwards was ultimately involved in a controversy that led to his dismissal at the Northhampton parish in 1750. Viewed as too progressive by a faction of the church known as the Old Lights, Edwards stepped down after delivering his famous Farewell Sermon (1750), in which he declared that God would ultimately determine whether Edwards had been right or wrong 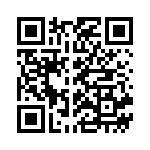