Remembering Garrett : One Family's Battle with a Child's Depression

Gordon Smith is currently serving his second term in the United States Senate, where he has represented his home state of Oregon since 1997. During his service in the Capitol, he has earned a reputation for independence, effectiveness, and an ability to bridge partisan differences. A graduate of Brigham Young University and Southwestern University School of Law,  Smith entered politics after a successful career in the food processing industry. The death of their son, Garrett, propelled Smith and his wife Sharon to embark on a mission to improve mental health programs and to combat the epidemic of youth suicide. 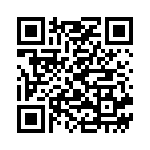