Página
... because of Baal - peor : for all the men that followed Baal - peor , the LORD thy God hath destroyed them from among you . 4 But ye that did cleave unto the Lord your God are alive every one of you this day .
Página
13 And the three eldest sons of Jesse went , and followed Saul to the battle : and the names of his three sons that went to the battle , were Eliab the first born , and next unto him , Abinadab , and the third , Shammah .
Página
... Ahab said unto him , Art thou he that troubleth Israel : 13 And he answered , I have not troubled Israel ; but thou and thy fatlıer's house , in that ye have forsaken the cominandments of the Lord , and thou hast followed Baalim .
Página
And he arose , and followed her . 91 And Gehazi passed on before them , and laid the staff upon the face of the child ; but there was neither voice , nor hearing . Wherefore he went again to meet him , and told him , saying , The child ...
Página
21 So Gehazi followed after Naanan . And wben Naaman saw him running after him , he lighted down from the chariot to meet him , and said , Is all well ? 22 And he said , All is well . My master hath sent me , saying , Behold , even now ...
Siguiente » 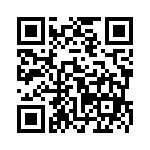