Página 255
FISHER : Which brings up a second major question in our Latin American
relations — what about the Uruguayan proposal ? But first , Mr. Briggs , you might
tell us just what it is . Briggs : What the Uruguayan Foreign Minister proposed was
that ...
Página 339
I failed to obtain from the baron any definition of the precise nature of the
proposed movement , or of the precise objects to be attained , or of the extent to
which it was in contemplation either to advise or to coerce Venezuela , nor
whether ...
Página 960
Armed intervention , policy of opposition lombia and New Granada , 499 to :
Roosevelt's declaration of , Dec. 28 , Blaine , James G. , to President Arthur , re
1933 , 165 f .; address by Welles , Oct. 19 , proposed International American
Con1936 ... 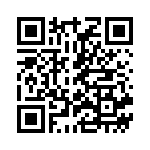