Página ix - I create the fruit of the lips; Peace, peace to him that is far off, and to him that is near, saith the LORD; and I will heal him. 20. But the wicked are like the troubled sea, when it cannot rest, whose waters cast up mire and dirt.
Aparece en 1089 libros desde 1709-2008
Página ix - Who is among you that feareth the Lord, that obeyeth the voice of his servant, that walketh in darkness, and hath no light ? let him trust in the name of the Lord, and stay upon his God.
Aparece en 1128 libros desde 1611-2008

Ronald A. Bosco is Professor of English at the State University of New York at Albany. Among the books he has edited are volume 16 of The Journals and Miscellaneous Notebooks of Ralph Waldo Emerson.

Albert J. von Frank is Professor of English at Washington State University. He is the author of The Sacred Game: Provincialism and Frontier Consciousness in American Literature, 1630-1860 and coeditor of The Poetry Notebooks of Ralph Waldo Emerson. 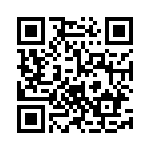