Toole's Confederacy of Dunces has long been one of my favourite books; this, his only other work (published posthumously in 1989 but actually written at the age of sixteen) is a totally different ... Leer comentario completo

Absolutely loved this story. Incredibly tragic, yet telling and truthful story where the main character, David, has done nothing to deserve any of his misfortune. If you don't mind the kind of book ... Leer comentario completo

John Kennedy Toole was born in New Orleans, Louisiana on December 17, 1937. He received an undergraduate degree in English from Tulane University in 1958 and a master's degree in English literature from Columbia University in 1959. He started to pursue a doctorate at Columbia, but he was drafted into the U.S. Army in 1961 before he was able to finish. He served for two years at Fort Buchanan in Puerto Rico, teaching English to Spanish-speaking recruits. He taught at the University of Southwestern Louisiana, Hunter College in Manhattan, and St. Mary's Dominican College. He wrote A Confederacy of Dunces and sent a copy to Simon and Schuster for publication, but it was rejected. His failure to get his novel published and his increasing frustration at living with and supporting his parents brought on a breakdown. He committed suicide on March 26, 1969 at the age of 31. A Confederacy of Dunces was finally published in 1980 and won the 1981 Pulitzer Prize for Fiction. The Neon Bible, which he wrote when he was sixteen years old, was published in 1989. 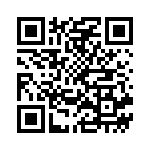