Página 45
The fact that the present condition of Western societies can be characterized from the viewpoint of the individual as anomie and from that of civilization as a crisis of culture is explained by the sociologists Raymond Aron and Richard ...
Página 251
imperial presidency as latent danger are still present . 168 It was in this context that Gerald R. Ford formulated his philosophy of the presidency in a speech in Michigan in 1985. This conception was reflected during his brief term of ...
Página 278
As early as the 1950s , the liberal Samuel P. Huntington formulated in this sense his own neoconservative self - awareness , one he has retained to the present day : In preserving the achievements of American liberalism , American ...

MARGARITA MATHIOPOULOS is currently the Assistant Director of the International Aspen Institute in Berlin and Assistant Professor at the History and Political Science Department of the Free University of Berlin. She is the author of the book Amerika--Das experiment des Fortschritts: Ein Vergleich des politischen Denkens in den USA und Europa. 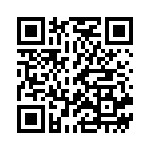