Página 45
... the ideal of republican motherhood provided the impetus for bringing women's
culture into modernity through education . Republican motherhood also
exempted educated women from being derided as “ bluestockings , ” since their
learning ...
Página 64
... republican women's agency , between speechlessness and command of
language , between the slaves ' dependency on an oppressor and republican
womanhood's supposed interdependent complementarity with male political
practice .
Página 83
The breakdown occurs in the shift of the white republican “ I ” into the position of “
wretched mother , ” in the overlaying and competing of republican and
abolitionist discourses . As I argued above , the speech event in Gould's poem ...

Janet Gray is an assistant professor in the Women’s and Gender Studies program at the College of New Jersey. She is the editor of She Wields a Pen: American Women Poets of the Nineteenth Century (Iowa, 1997). 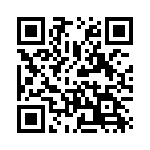