Geoffrey Bolton was born in North Perth, Australia on November 5, 1931. He was educated at Wesley College, the University of Western Australia, and Oxford University. He was a professor at the Australian National University, Monash University, and the University of Queensland. He retired from academia in 1996, before serving as the Chancellor of Murdoch University from 2002 to 2006. He wrote 15 books during his lifetime including Alexander Forrest: His Life and Times, Daphne Street, and Land of Vision and Mirage: Western Australia since 1826. He was named an Officer of the Order of Australia in 1984 and West Australian of the Year in 2006. He died on September 4, 2015 at the age of 83. 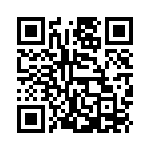