Página 114
What was to have been expected on the evidence was the nomination , in loco
parentis , of some proper third person , some respectable or at least some
presentable friend . Apparently , however , the circle of the Faranges had been
scanned ...
Página 589
The Captain , inclining his military person , sat sideways to be closer and kinder ,
and as her hand was on the arm of her seat he put his own down on it again to
emphasize something he had to say that would be good for her to hear . He had ...
Página 677
There was , it seems , another person whom she fancied above him , though , as
but too plainly appears , she had been unable to contend against the fascination
of those dark eyes in which lay her fate . ” He adduces absolutely no evidence ... 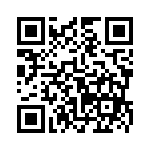