Controversial historic subject due mainly to the fact that scholars were snobs and "gentlemen", while John Smith was a new class of yeoman, called "freeman" and was discriminated against by them.
Complicated subject because references do not tell the complete matter and further study is essential to understand the subject risking loss of focus, needs a 'plan english', condensed version with hyperlinks. Example the sons of Lord Willoughby are impossible to follow due to titles and name conventions of the period. Another example the name John in some referential material was spelled 'Ion.'
All biographers fall short in characterizing John Smiths' innate talents: gifted artist, cartographer, linguist, naturalist, diplomat, and one of the early classes of information gathers for Hakluyt today known as spies.
Otherwise, this is a good source of facts, but only a starting point for understanding an author who's original works have been copied thousands of times in modern day media: novels, movies, and television. It can be said that John Smiths' works have influenced Shakespeare, Sir Walter Scott, and many others.

Página 316 - The Treasurer and Company of Adventurers and Planters of the City of London, for the first Colony in Virginia.
Aparece en 390 libros desde 1747-2008
Página 266 - And for him at that time to find in the South Sea a mine of gold ; or any of them sent by Sir Walter Raleigh : at our consultation I told them was as likely as the rest.
Aparece en 46 libros desde 1804-2008
Más
Página 268 - Though there be fish in the Sea, foules in the ayre, and Beasts in the woods, their bounds are so large, they so wilde, and we so weake and ignorant, we cannot much trouble them.
Aparece en 70 libros desde 1812-2008
Página iii - Seeing honour is our lives ambition, and our ambition after death, to have an honourable memory of our life: and seeing by no...
Aparece en 46 libros desde 1819-2006
Página 167 - And now [1608], the winter approaching, the rivers became so covered with swans, geese, ducks, and cranes, that we daily feasted with good bread, Virginia peas, pumpkins, and putchamins, fish, fowl, and divers sorts of wild beasts as fat as we could eat them: so that none of our tuftaffety humorists desired to go for England.
Aparece en 32 libros desde 1877-2007
Página 355 - Thirty, forty, or fifty sail went yearly in America only to trade and fish, but nothing would be done for a plantation, till about some hundred of your Brownists of England, Amsterdam and Leyden went to New Plymouth ; whose humorous ignorances caused them for more than a year to endure a wonderful deal of misery, with an infinite patience.
Aparece en 72 libros desde 1810-2006
Página 54 - Lance; on each side, another leading his horse: where long hee stayed not, ere Smith with a noise of Trumpets, only a Page bearing his Lance, passing by him with a courteous salute...
Aparece en 34 libros desde 1819-2008
Página 347 - You did promise Powhatan what was yours should bee his, and he the like to you; you called him father being in his land a stranger, and by the same reason so must I doe you...
Aparece en 125 libros desde 1808-2007
Página 174 - Scarletlike colour made an exceeding handsome shew, his Bow in his hand, and the skinne of a Bird with her wings abroad dryed, tyed on his head, a peece of copper, a white shell, a long feather, with a small rattle growing at the tayles of their snaks tyed to it, or some such like toy.
Aparece en 65 libros desde 1804-2007
Página 76 - Tymor her brother, diverted all this to the worst of crueltie, for within an houre after his arrivall, he caused his Drub-man to strip him naked, and shave his head and beard so bare as his hand, a great ring of iron, with a long stalke bowed like a sickle...
Aparece en 32 libros desde 1819-2007
Menos 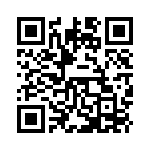