DAVID STOVER is a writer, editor, and reporter. He is the coauthor or editor of five earlier books, including, with Erika Erdmann, Beyond a World Divided: Human Values in the Brain-Mind Science of Roger Sperry (1991). He has also written more than four dozen magazine articles, mainly on science and business. Currently he is senior editor at Canada's largest publisher of university and college texts.

ERIKA ERDMANN is an independent researcher and publisher of the journal Humankind Advancing. Erdmann worked as Roger Sperry's research assistant for most of the last decade of the Nobel Laureate's life. She has published four previous books, as well as popular and scientific articles in books and periodicals such as The Futurist, Bulletin of the Institute of Religion in an Age of Science, and Behavioral Biology. 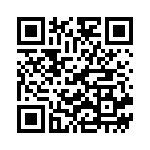