Spirin illustrates excerpts from the King James Bible in a luminous Italian Renaissance style. A haloed Jesus is the bright light among the ghost-like masses; only he and the angels shine in the dark ... Leer comentario completo

Gennady Spirin was born on Christmas Day in 1948 in a small city near Moscow. A graduate of the Stroganov Academy of Fine Arts in Moscow, he immigrated to the United States in 1990. He has received many international awards, and four of his books have been named New York Times Best Illustrated Books of the Year. Mr. Spirin lives in Princeton, New Jersey, with his wife and three sons. 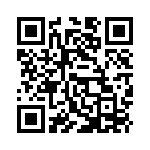