Murray Cox was Consultant Psychotherapist at Broadmoor Hospital from 1970 until his death in 1997. He was an Honorary Member of the Institute of Group Analysis, the Danish Society for Psychoanalytic Psychotherapy and an Honorary Research Fellow, The Shakespeare Institute (The University of Birmingham). 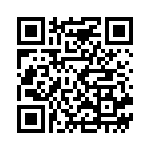