MARTIN LUTHER (1483-1546) was a German professor of theology, composer, priest, monk, and a seminal figure in the Protestant Reformation.

Rejecting several teachings and practices of the Roman Catholic Church, Luther proposed an academic discussion of the practice and efficacy of indulgences in his Ninety-five Theses of 1517, which resulted in his excommunication by Pope Leo X and condemnation as an outlaw by the Emperor. Luther taught that salvation and, consequently, eternal life are not earned by good deeds but are received only as the free gift of God’s grace through the believer’s faith in Jesus Christ as redeemer from sin. His theology challenged the authority and office of the Pope by teaching that the Bible is the only source of divinely revealed knowledge from God and opposed sacerdotalism by considering all baptized Christians to be a holy priesthood.

Luther’s translation of the Bible into the German vernacular (instead of Latin) made it more accessible to the laity, an event that had a tremendous impact on both the church and German culture. It fostered the development of a standard version of the German language, added several principles to the art of translation, and influenced the writing of an English translation, the Tyndale Bible. His hymns influenced the development of singing in Protestant churches. His marriage to Katharina von Bora, a former nun, set a model for the practice of clerical marriage, allowing Protestant clergy to marry.

THEODORE GERHARDT TAPPERT (1904-1973) was a distinguished church historian and Schieren Professor of the History of Christianity at Lutheran Theological Seminary, Philadelphia. He was also archivist of the Southeastern Pennsylvania Synod. His other translations include Pia Desideria (by Philip Jacob Spener) and The Book of Concord: Confessions of the Evangelical Lutheran Church. 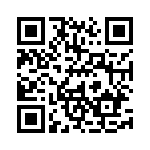