This was such a lovely book. Each time I picked it up I felt like I was transported to the St. Peter's or with Tom, and I loved all of it. I have to say I'm not a huge fan of how Cather portrays all ... Leer comentario completo

The simplest description I can give of this book is that it is about one man's mid-life crisis. Certainly in the 60's, 70's, 80's and beyond, I read a lot of books that fit this description, and ... Leer comentario completo 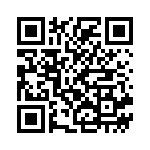