Currently Professor of Modern Letters at Syracuse University, Michael Echeruo was born in Umunumo in the Imo State of Nigeria. Best known as a scholar and university administrator, he was the first African professor of English literature and head of the Department of English at both the University of Nigeria and the University of Ibadan. By and large, Echeruo's accomplishments in such diverse scholarly fields as Shakespearean drama, African literature, the English novel, cultural history, and Igbo studies have tended to overshadow his status as a writer. But he is undoubtedly one of the most powerful voices among his generation of Nigerian poets. In the early 1960s, he won the first prize in the first poetry competition organized by the Mbari Artists and Writers Club with poems that eventually formed the core of his first poetry collection, Mortality (1968). His second book of poetry, Distanced (1971), was one of the first of its kind to be published at the end of the Nigerian civil war. 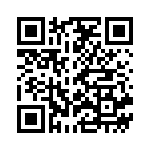