Harvey Whitehouse is Professor of Anthropology and Director of Postgraduate Studies in the Faculty of Humanities at Queen's University Belfast. A specialist in Melanesian religion, he carried out two years of field research on a 'cargo cult' in New Britain, Papua New Guinea in the late eighties. In recent years, he has focused his energies on the development of collaborative programmes of research on cognition and culture. He is currently the principal grant holder of a British Academy Networks Project on 'modes of religiosity' and in 2003 was appointed to a British Academy Research Readership. He is also co-editor, with Luther H. Martin, of the AltaMira 'Cognitive Science of Religion Series.' His previous books include Inside the Cult: religious innovation and transmission in Papua New Guinea (1995), Arguments and Icons: divergent modes of religiosity, (2000), The Debated Mind: evolutionary psychology versus ethnography (2001), and Modes of Religiosity: a cognitive theory of religious transmission (2004). James Laidlaw studied social anthropology at King's College Cambridge, with Caroline Humphrey as supervisor for his doctoral fieldwork in western India, between 1984 and 1990. Now University Lecturer in Social Anthropology and Fellow of King's College, Cambridge. More recent fieldwork has been in Taiwan and Inner Mongolia. Publications include The Archetypal Actions of Ritual (1994, with Caroline Humphrey), Riches and Renunciation (1995), and The Essential Edmund Leach (2000, with Stephen Hugh-Jones). 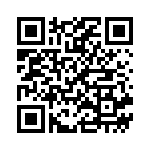