James C. Klotter is the author, coauthor, or editor
of over a dozen books, including A New History of
Kentucky; The Breckinridges of Kentucky, 1760–1981;
and Kentucky: Portrait in Paradox, 1900–1950. The
State Historian of Kentucky and a professor of history
at Georgetown College, he lives in Lexington. 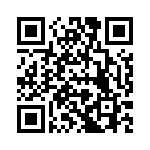