Página 95 - And the day may not be far off when aerial operations with their devastation of enemy lands and destruction of industrial and populous centres on a vast scale may become the principal operations of war, to which the older forms of military and naval operations may become secondary and subordinate.
Aparece en 116 libros desde 1889-2008
Página xi - When I use a word,' Humpty Dumpty said in rather a scornful tone, 'it means just what I choose it to mean — neither more nor less.' 'The question is,' said Alice, 'whether you CAN make words mean so many different things.
Aparece en 1600 libros desde 1875-2008
Más
Página xviii - Some trust in chariots, and some in horses : but we will remember the name of the LORD our God.
Aparece en 947 libros desde 1796-2008
Página 33 - Some of the nobles are much richer than the richest of our English peers ; and a vast number, as may be supposed, are very poor. To this poverty, and to these riches, are equally joined the most abject meanness, and the most detestable profligacy. In sensuality, they are without limits of law, conscience, or honour. In their amusement, always children ; in their resentment, women.
Aparece en 12 libros desde 1803-1988
Página 155 - Blessed be those happy ages that were strangers to the dreadful fury of these devilish instruments of artillery, whose inventor I am satisfied is now in hell, receiving the reward of his cursed invention...
Aparece en 29 libros desde 1822-2007
Página 51 - He presents to me in those red years the same mental picture as a great surgeon before the days of anaesthetics, versed in every detail of such science as was known to him : sure of himself, steady of poise, knife in hand, intent upon the operation ; entirely removed in his professional capacity from the agony of the patient, the anguish of relations, or the doctrines of rival schools, the devices of quacks, or the first-fruits of new learning. He would operate without excitement, or he would depart...
Aparece en 11 libros desde 1937-2006
Página 97 - It is on the destruction of enemy industries and, above all, on the lowering of morale of enemy nationals caused by bombing that ultimate victory rests.
Aparece en 9 libros desde 1962-2008
Página 96 - At present the moral effect of bombing stands undoubtedly to the material effect in a proportion of 20 to 1, and therefore It was necessary to create the greatest moral effect possible.
Aparece en 30 libros desde 1919-2007
Menos

Ronald Haycock is professor of military history and war studies. He received his university education at Wilfrid Laurier University and the University of Waterloo and his doctorate from the University of Western Ontario. He is a former head of the Royal Military College’s History Department, Dean of Arts and Chairman of the War Studies programme. A former member of the editorial boards of the journals War and Society and Ontario History , he is currently on the Advisory Board of the Canadian Military Journal. He is a past president of the Canadian Military History Group and a member of the Partnership for Peace Consortium of Defence Academies. His previous publications include: [http://www.wlupress.wlu.ca/Catalog/haycock-image.shtml Image of the Indian] (WLU Press, 1970) and Men, Machines and War (WLU Press).

Keith Neilson is the author of a number of articles on British military history and Anglo-Russian relations. He is an associate professor at the Royal Military College of Canada and the author of Strategy and Supply: The Anglo-Russian Alliance 1914–17 (London, 1984). 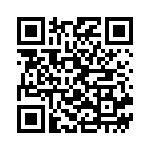