Pįgina 14
aggression against any of the parties is an aggression against all.58 However ,
we ought to notice that collective defence under the Treaty was provided only for
its signatory parties . Hence , the other League member states , which had not ...
Pįgina 228
Consequently , the urgent consideration of the dispute by the Council , without
having the parties submit all their claims over the frontier issue , would hardly
have justified the rejection of proposals , aimed at provisional measures ,
required by ...
Pįgina 368
On the one hand the dispute must not concern a state's independence ,
sovereignty , or territorial integrity ; and , on the other , the parties to the dispute
must agree to have recourse to the Council . In practice , however , only on one
occasion ... 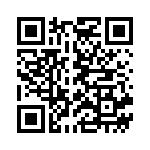