i want this book

Patrick Hugh Honour was born in Eastbourne, East Sussex, United Kingdom on September 26, 1927. He received a bachelor's degree in 18th-century English literature from St. Catharine's College, Cambridge. In the mid-1950's, he started writing and editing with John Fleming. For Penguin Books, they edited the series Style and Civilization. They also edited two more series for Penguin: Architect and Society and Art in Context. Together they wrote The Visual Arts: A History, The Penguin Dictionary of Decorative Arts, and The Penguin Dictionary of Architecture with Nikolaus Pevsner. Honour wrote several books on his own including Horace Walpole, Chinoiserie: A Vision of Cathay, The Companion Guide to Venice, Romanticism, The Image of the Black in Western Art: From the American Revolution to World War I, and The Venetian Hours of Henry James, Whistler, and Sargent. Honour organized the traveling exhibition The European Vision of America for the United States Bicentennial in 1976. As a companion to the exhibition, he wrote The New Golden Land: European Images of America from the Discoveries to the Present Time. He died on May 19, 2016 at the 88. 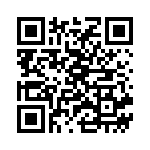