Página 180 - In view of these facts and of these considerations, I ask the Congress to authorize and empower the President to take measures to secure a full and final termination of hostilities between the Government of Spain and the people of Cuba...
Aparece en 254 libros desde 1856-2008
Página 323 - That the government of Cuba shall never enter into any treaty or other compact with any foreign power or powers which will impair or tend to impair the independence of Cuba, nor in any manner authorize or permit any foreign power or powers to obtain by colonization or for military or naval purposes or otherwise, lodgment in or control over any portion of said Island.
Aparece en 273 libros desde 1827-2005
Más
Página 147 - If it shall hereafter appear to be a duty imposed by our obligations to ourselves, to civilization, and humanity to intervene with force, it shall be without fault on our part and only because the necessity for such action will be so clear as to command the support and approval of the civilized world.
Aparece en 102 libros desde 1856-2007
Página 323 - III. That the government of Cuba consents that the United States may exercise the right to intervene for the preservation of Cuban independence, the maintenance of a government adequate for the protection of life, property, and individual liberty, and for discharging the obligations with respect to Cuba imposed by the treaty of Paris on the United States, now to be assumed and undertaken by the government of Cuba.
Aparece en 346 libros desde 1821-2007
Página 147 - The near future will demonstrate whether the indispensable condition of a righteous peace, just alike to the Cubans and to Spain, as well as equitable to all our interests so intimately involved in the welfare of Cuba, is likely to be attained.
Aparece en 45 libros desde 1856-2007
Página 72 - When the inability of Spain to deal successfully with the insurrection has become manifest, and it is demonstrated that her sovereignty is extinct in Cuba for all purposes of its rightful existence, and when a hopeless struggle for its reestablishment has degenerated into a strife which means nothing more than the useless sacrifice of human life and the utter destruction of the very...
Aparece en 70 libros desde 1821-2007
Página 313 - November, in the year 1900, to frame and adopt a constitution for the people of Cuba, and, as a part thereof, to provide for and agree with the government of the United States upon the relations to exist between that government and the government of Cuba...
Aparece en 124 libros desde 1870-2006
Página 186 - That the United States hereby disclaims any disposition or intention to exercise sovereignty, jurisdiction, or control over said island except for the pacification thereof, and asserts its determination when that is accomplished to leave the government and control of the island to its people.
Aparece en 447 libros desde 1856-2007
Página 323 - States to carry these resolutions into effect," the President is hereby authorized to "leave the government and control of the island of Cuba to its people" so soon as a government shall have been established in said island under a constitution which, either as a part thereof or in an ordinance appended thereto, shall define the future relations of the United States with Cuba, substantially as follows...
Aparece en 126 libros desde 1870-2005
Página 61 - Other considerations connected with a certain class of our population, make it the interest of the southern section of the Union that no attempt should be mad.e in that island to throw off the yoke of Spanish dependence...
Aparece en 45 libros desde 1839-2005
Menos

Louis A. Pérez, Jr. is the J. Carlyle Sitterson Professor of History at the University of North Carolina at Chapel Hill. 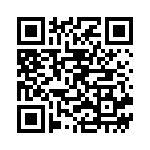