Página 284
34 And there came of all people to hear 14 And he sent them to Lebanon ten the
wisdom of Solomon , from all kings of thousand a month by courses ; a month
they the earth , which had heard of his wisdom . were in Lebanon , and two
months ...
Página 290
Presents of Solomon and Hiram . I . KINGS . Solomon ' s yearly sacrifices . and
my heart shall be there perpetually . I 18 And Baalath , and Tadmor in the 4 And if
thou wilt walk before me , as wilderness , in the land , David thy father walked , in
...
Página 357
Israel was forty years ; seven years reign23 Then Solomon sat on the throne of
ed he in Hebron , and thirty and three the LORD as king instead of David his
years reigned he in Jerusalem . father , and prospered ; and all Israel 28 And he
died ...
Página 363
Solomon ' s festival sacrifices . ... with the servants of Solomon to Ophir , and and
Beth - horon the nether , fenced - cities , took thence four hundred and fifty talents
with walls , gates , and bars ; of gold , and brought them to king Solomon .
Página 364
And all the kings of 31 And Solomon slept with his fathers , Arabia and governors
of the country and he was buried in the city of David his brought gold and silver to
Solomon . father : and Rehoboam his son reigned in 15 And king Solomon ...

Página 4 - And out of the ground the LORD God formed every beast of the field, and every fowl of the air ; and brought them unto Adam to see what he would call them : and whatsoever Adam called every living creature, that was the name thereof.
Aparece en 700 libros desde 1802-2008
Página 10 - And they said, Go to, let us build us a city and a tower, whose top may reach unto heaven ; and let us make us a name, lest we be scattered abroad upon the face of the whole earth.
Aparece en 630 libros desde 1802-2008
Más
Página 551 - And he said. It is a light thing that thou shouldest be my servant to raise up the tribes of Jacob, and to restore the preserved of Israel: I will also give thee for a light to the Gentiles, that thou mayest be my salvation unto the end of the earth.
Aparece en 457 libros desde 1611-2008
Página 43 - And Jacob said unto Pharaoh, The days of the years of my pilgrimage are an hundred and thirty years : few and evil have the days of the years of my life been, and have not attained unto the days of the years of the life of my fathers in the days of their pilgrimage.
Aparece en 417 libros desde 1765-2007
Página 535 - He will swallow up death in victory; and the Lord God will wipe away tears from off all faces; and the rebuke of his people shall he take away from off all the earth: for the Lord hath spoken it.
Aparece en 475 libros desde 1611-2007
Página 25 - And Jacob vowed a vow, saying, If God will be with me, and will keep me in this way that I go, and will give me bread to eat, and raiment to put on, so that I come again to my father's house in peace; then shall the LORD be my God: and this stone, which I have set for a pillar, shall be God's house: and of all that thou shalt give me I will surely give the tenth unto thee.
Aparece en 352 libros desde 1787-2007
Página 559 - For Zion's sake will I not hold my peace, and for Jerusalem's sake I will not rest, until the righteousness thereof go forth as brightness, and the salvation thereof as a lamp that burneth.
Aparece en 385 libros desde 1611-2008
Página 311 - And Elisha prayed, and said, LORD, I pray thee, open his eyes, that he may see. And the LORD opened the eyes of the young man; and he saw: and, behold, the mountain was full of horses and chariots of fire round about Elisha.
Aparece en 491 libros desde 1805-2008
Página 8 - But the dove found no rest for the sole of her foot, and she returned unto him into the ark, for the waters were on the face of the whole earth: then he put forth his hand, and took her, and pulled her in unto him into the ark.
Aparece en 324 libros desde 1782-2007
Página 557 - Is not this the fast that I have chosen? to loose the bands of wickedness, to undo the heavy burdens, and to let the oppressed go free, and that ye break every yoke ? Is it not to deal thy bread to the hungry, and that thou bring the poor that are cast out to thy house? when thou seest the naked, that thou cover him ; and that thou hide not thyself from thine own flesh?
Aparece en 723 libros desde 1611-2008
Menos 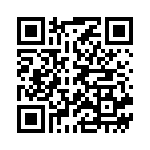