Página 131
During the next few hours a horrific flotsam , borne gently on the swell , drifted
across their bows : whole masts with the rigging trailing , yards , spars , tattered
sails , casks , pieces of boats , ships stores , tackle of every description — and ...
Página 201
Zvonko climbed on deck , dragging a chain of multicoloured flags after him , and
the sailors dressed ship after a fashion , draping the flags over the yards and
aerials . A local official talked with the captain at the gangway , removing his
peaked ...
Página 407
dotted and lined with men ; every kind of ship was lying out in the narrow channel
and little boats plied to and fro — all this under the strange , unnatural pall of
umber smoke . So slow had our rate of loading become that the captain decided
to ... 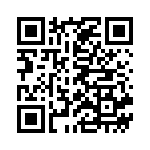