Robert J. Schneller Jr. is an official historian in the Contemporary History Branch of the U.S. Navy’s Naval Historical Center and holds a Ph.D. in military history from Duke University. He is an award-winning biographer and historian, and has published several books on American naval history, including Shield and Sword: The United States Navy and the Persian Gulf War, and A Quest for Glory: A Biography of Rear Admiral John A. Dahlgren. He lives in Washington, D.C. 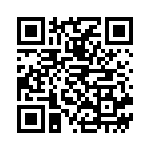